People sleep peaceably in their beds at night only because rough men stand ready to do violence on their behalf.  - George Orwell

Watchstanders - our selfless and courageous countrymen who swear oath to (our) Constitution.

Here and there, they protect against enemies; foreign and domestic.

Here - Offutt Air Force Base, Nebraska, yesterday morning a watchstander, a Sailor, these past 38 years was formally relieved of watchstanding. 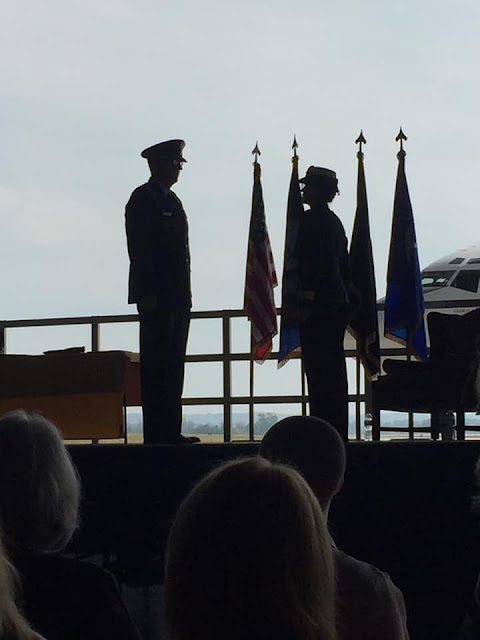 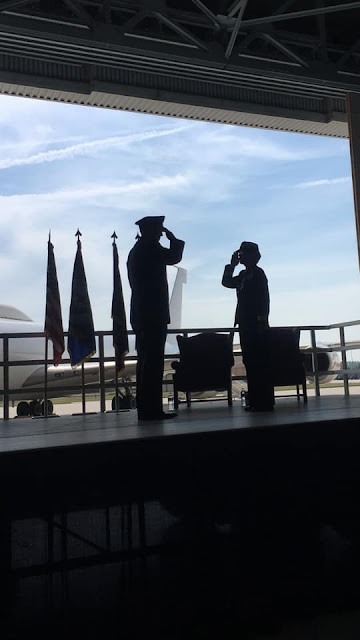 In a hanger, with giant flag and tactical aircraft as backdrops, before a crowd of more than a couple hundred patriots, uniformed and not, the watchstander's commander spoke to duty, extraordinary performance of duty and leadership spanning four decades, and, on behalf of a grateful nation, decorated that Sailor, that watchstander.

And Sailors (Marines, Soldiers, Airmen, and a Coast Guardsman, too), some long relieved of watchstanding and others still watchstanding, carried out Navy tradition.

Early this morning arrived email from the Department of Defense. Official notification that a watchstander, there - Wardak Province, Afghanistan, had given his life in the line of duty yesterday.

A watchstander retired - and family and friends celebrated.

A watchstander died - and family and friends mourned. 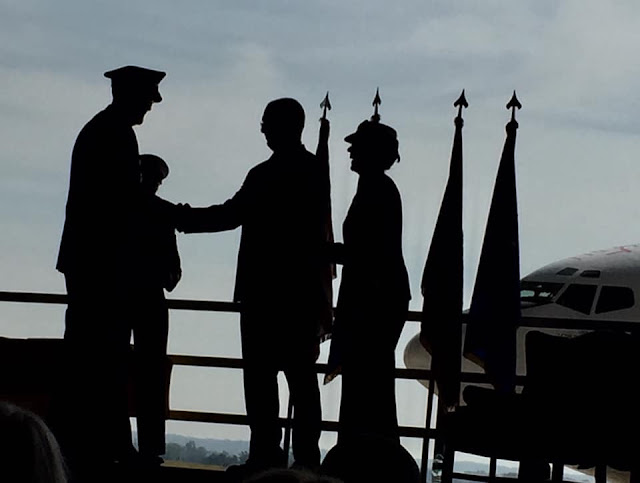 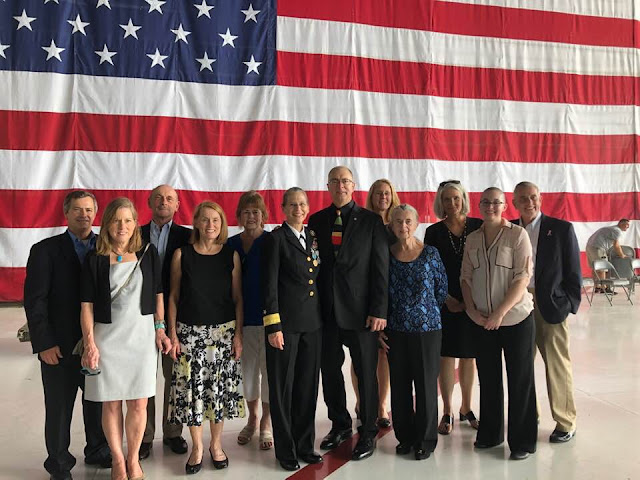 Watchstander retired and family (some of whom know watchstanding)

For 38 years,
this Sailor stood the watch.

While some of us were in our bunks at night,
this Sailor stood the watch.

While some of us were in school learning our trade,
this Shipmate stood the watch.

Yes, even before some of us were born into this world,
this Shipmate stood the watch.

In those years when the storm clouds of war were seen brewing on the horizon of history,
this Shipmate stood the watch.

Many times she would cast an eye ashore and see her husband standing there; needing his guidance and help, needing that hand to hold during those hard times,
but still, she stood the watch.

For thirty-eight years, she stood the watch so that we, our families and our fellow countrymen could sleep soundly in safety, each and every night, knowing,
this Sailor stood the watch.

Today we are here to say, "Shipmate ... the watch stands relieved. Relieved by those you have trained, guided and led. Shipmate, you stand relieved.
We have the watch."

Watchstanders, including a combatant commander, carry on. They have the watch.

Congratulations, and thank you for your 38 years of service to our Country. May you enjoy many years of fair winds and following seas!!

Admiral, Congratulations and thanks for the many years of service and dedication . May God Bless and keep you, the Colonel and your family safe. Cpl. James M. Snetz USMC 1957-60

Lieutenant Colonel Hickinbotham, thank you, Sir. Looking forward to seeing you August 2020, if not before.