Until we meet once more here's wishing you a happy voyage home.  from 'Anchors Aweigh'

The e in Maule is silent.

Maule, Joseph Keith, with less than a year of active duty in the United States Navy, was killed in action.

He was a kid who at 17 enlisted in January 1941, and after training was assigned to the USS Oklahoma - that little more than 8 months later capsized in Pearl Harbor during the Japanese surprise attack on Sunday, 07 December 1941.

Seventy-eight years later, yesterday, the remains of Seaman First Maule - after only recently positively identified - were put to rest aside his parents in the Bloomfield, Nebraska city cemetery.

The hour-long procession from the funeral home in Norfolk north to Bloomfield was rural America at her best.

Storms did not deter pockets of citizens along the route from standing in the rain paying respects.

The Welcome to Bloomfield sign boasts a population of 1,126.

All of them - toddler to too old to make it along without walker -lined the town center streets.

They swayed small flags, held hand over heart, and waved.

They came out to welcome Joe home.

And then there was the crowd gathered at the cemetery - more patriots of Bloomfield and surrounding communities, veterans groups, and an Air Force rifle unit, and Navy honors detail led by a commander with an admiral on hand.

The last surviving family member who knew Joe died about a month ago.

So no one present knew more than of him. But of him they knew. His family ensured he lived on; in infamy. Emotions proof.

For some things in life words there are not.

In no particular order ... 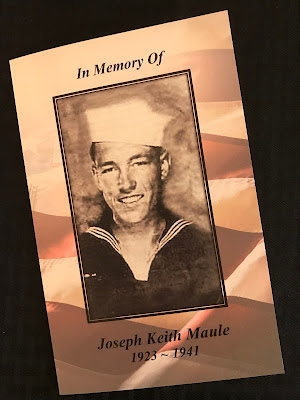 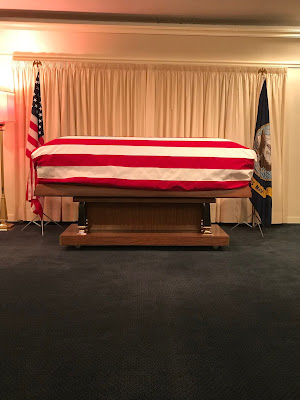 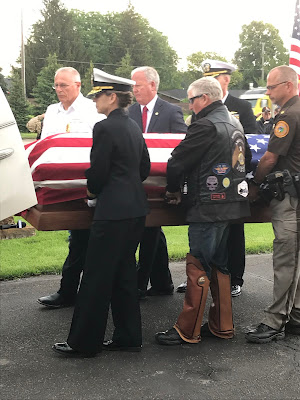 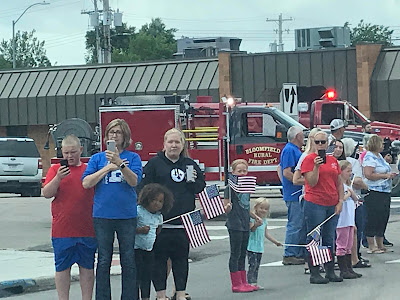 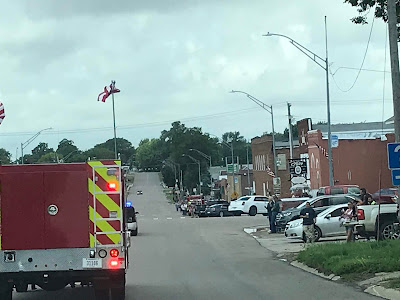 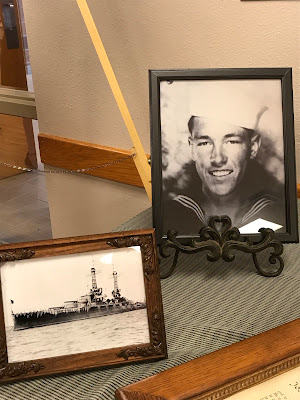 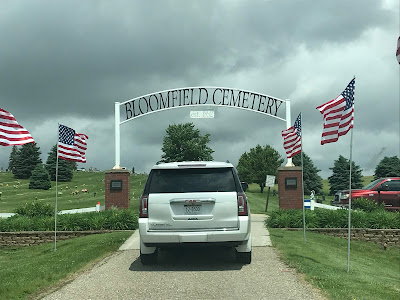 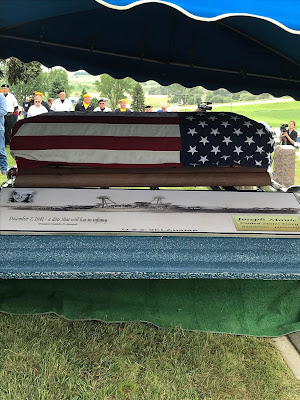 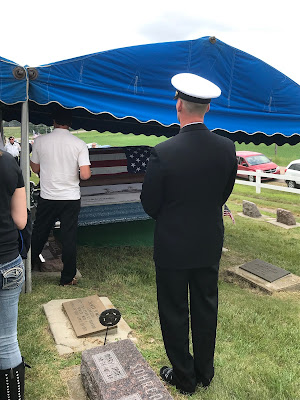 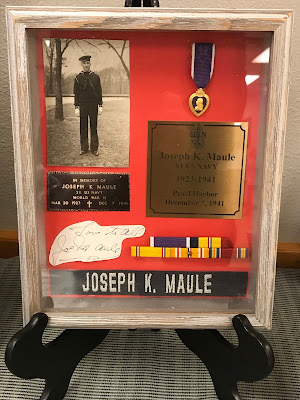 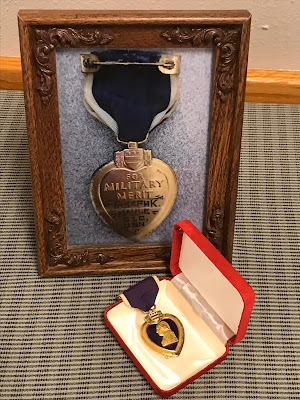 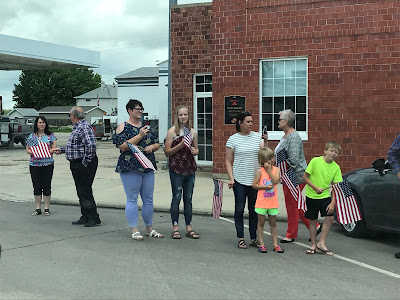 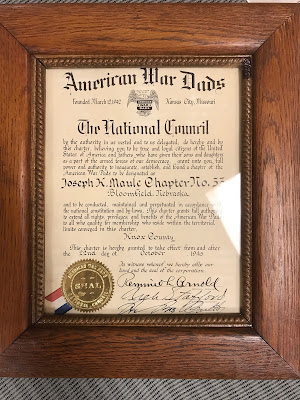 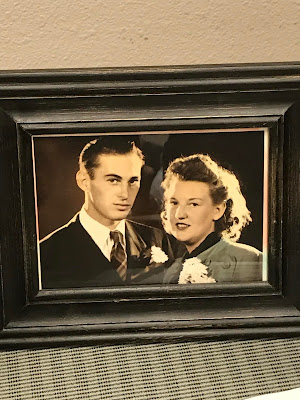 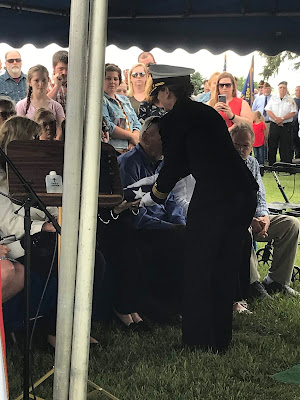 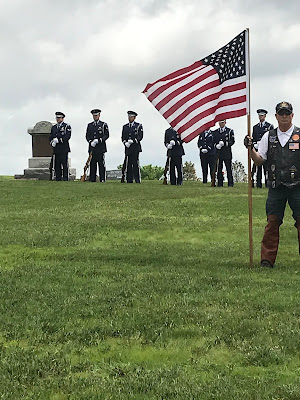 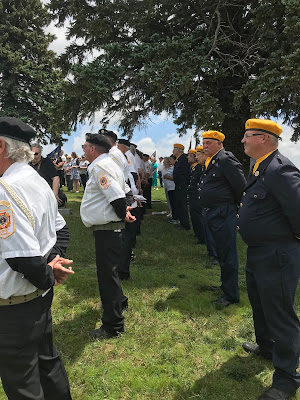 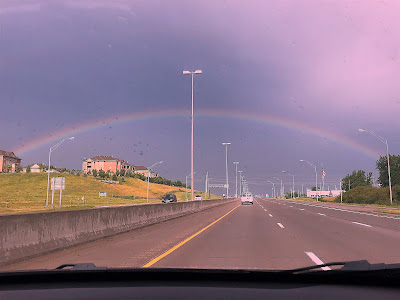 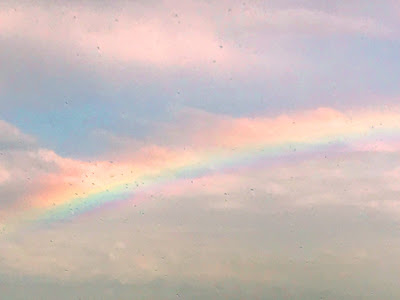 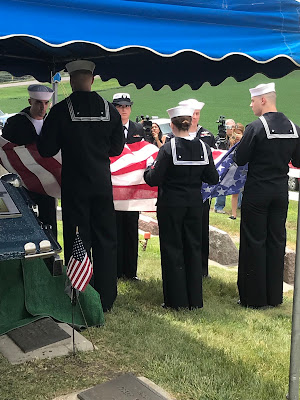 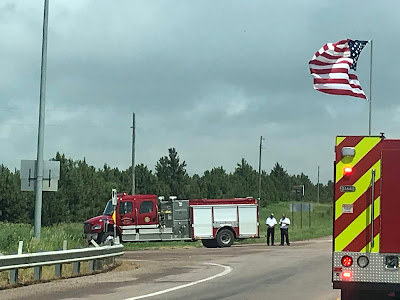 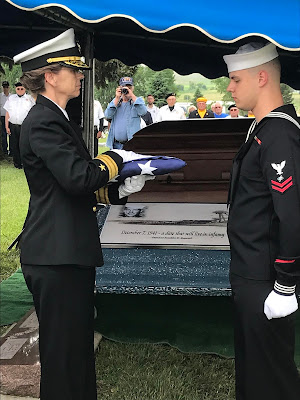 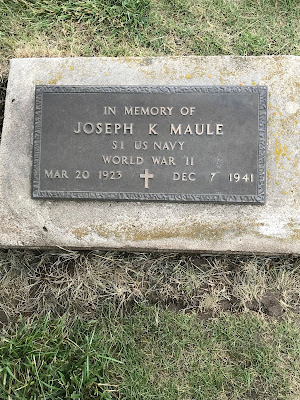 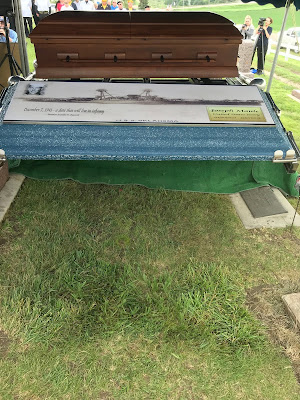 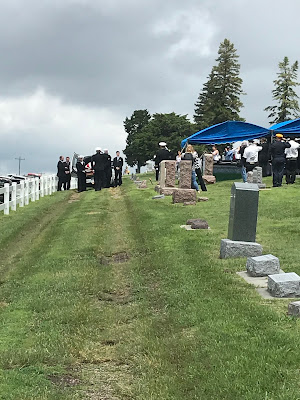 During our two hours drive from Omaha to Norfolk four incredibly vibrant rainbows graced the cornhusker sky. Never have I seen so many spectacular end-to-end arcs in such a short span.

Our voyage home happy. With conversation of how fitting - Hawaii, the Rainbow State; perhaps a sign from Heaven and gift to Nebraskans; your boy is home.