Politics is ugly. Never doubt what small men will do for great power. Paolo Bacigalupi

For some time I've thought about how to go about painting things that are things but are not things.

The non-thing thing is more easily described in word than rendered in other than word.

That is, how to paint things like politics, media, and news?

This week, amidst the savagery upon Judge Brett Kavanaugh, it occurred to me to consider three contexts.

Initial attempts to paint them ... 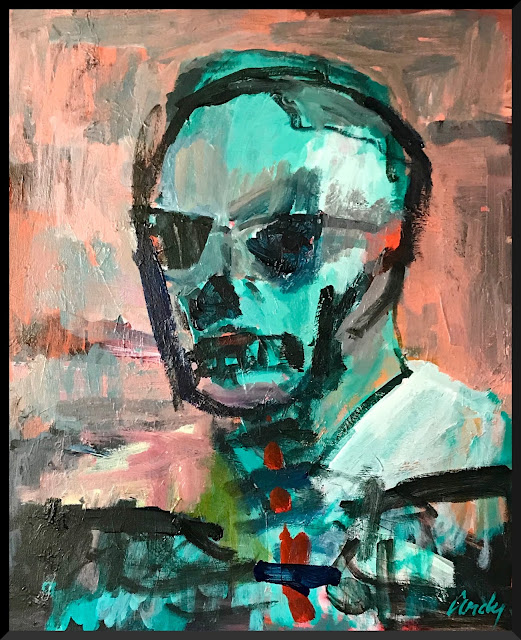 Person-to-person. Politics at its core. The civilized, and uncivilized, exchange of opinions. Differences. Disagreement. Anger. Frustration. Violence. The political animal (in each) present but masked; at least some of the time. 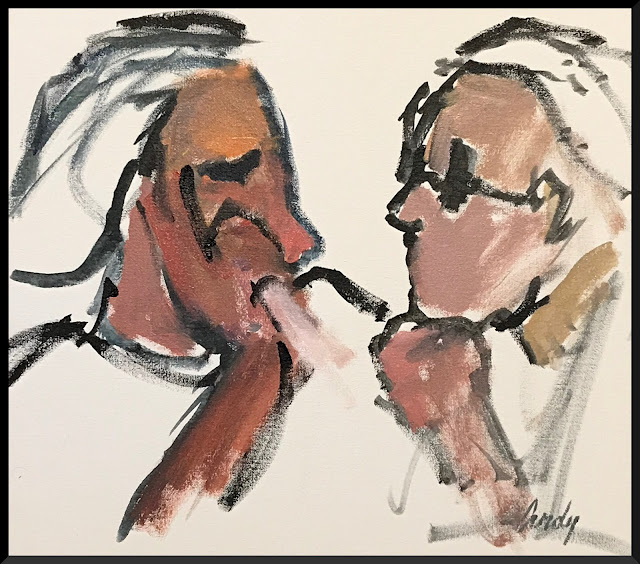 A group being more than two. And as big as media can reach. Power of the airways. Power in numbers. Power of agenda. The struggle - how to paint the idea of a group?

Scrolling on Twitter, looking for something, anything, a profile picture stuck out. Foremost the design - not the typical headshot. And that face seen previously a few times as panelist on a news program. 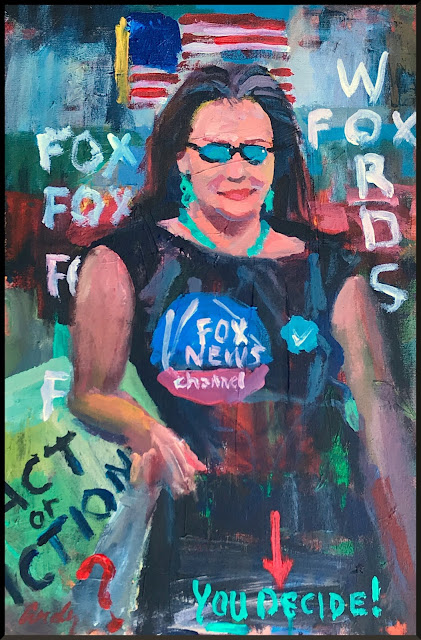 Sworn to Constitution and law.

But being ripped to pieces by savage, lawless small political animals; to grab great power.

By golly, Ms Mollie, that's Hemingway's civil way, if only painting in word.

Now, to rest - brushes. Politics, too. And catch some news - on Twitter.

In a letter to the writer Malcolm Cowley:

"You see it’s awfully hard to talk or write about your own stuff because if it is any good you yourself know about how good it is — but if you say so yourself you feel like a shit."

Gramps, thank you. The vast majority think Elvis on velvet and the complementary prose are good. But they are bad. Really bad.