MARINE AT REST AND THE REST OF US

MARINE AT REST AND THE REST OF US
by Andy Weddington
Saturday, 27 August 2016

Once commander of Marine Barracks 8th & I, Washington, D. C., the entire parade detachment, along with family - proper and Marine - turned out.


I first met Lieutenant Colonel Myers more than 35 years ago.

A new second lieutenant fresh out of the Infantry Officers Course (IOC), I reported to the Commanding General, Second Marine Division for duty.

And was directed to report to the Commanding Officer, Sixth Marines.

The morning I reported to regimental headquarters, the Adjutant, a crusty Chief Warrant Officer (4), who's last name I will never forget - Skinner,  greeted me.

His warm welcome amounted to asking for my OQR (Officer Qualification Record) complemented with an odd smirk. He said, "Have a seat lieutenant. The CO is not in. You'll be reporting to the executive officer (XO), Lieutenant Colonel Myers."

Battling a bout of the flu and clad in the Winter Service Alpha uniform, I reported to the XO.

Lieutenant Colonel Myers, while approaching from around his desk, commented I did not look well. I mentioned the flu.

He, rather diplomatically, said, "Nice uniform but let me help you out. See these buttons?" "Yes, Sir." "Well, odd as it may seem, there are opposing holes for each one." And then he proceeded to unbutton and re-button my blouse.

Why and how I did it matters not, I had buttoned my blouse cockeyed and not noticed. Embarrassed? Yes, but too ill to care. Besides, new second lieutenant. End of explanation.

Now with uniform straightened out, the XO welcomed me, and warmly (truly), to the regiment and told me to report to the CO of 2/6. Last stop Golf Company commanded by First Lieutenant (now retired Lieutenant Colonel) Rick Reece - a friend to this day.

It was another week or so before finally reporting to and meeting Colonel Tolleson. If Lieutenant Colonel Myers told him about the goofy blouse-challenged lieutenant he didn't mention it.

And life in the regiment, as an infantry platoon commander, went on.

After a rifle and a weapons platoon with deployment to the Med and about a year as a XO, including time in Norway for cold weather training, it was time to leave Camp Lejeune.

The general, Major General James McMonagle, assigned me to the regiment.

Reporting to regiment, again in the Service Alpha uniform, the Adjutant offered a seat for it'd be a few minutes before reporting to the CO.

When summoned, I reported - to now Colonel Myers.

Standing behind his desk, he looked at me and said, "Andy, welcome to the regiment. I see you've learned how to button your blouse."

He remembered. Yes I had. And a few other things, too.

Colonel Myers was a great CO. He cared. He led by walking around - talking to drill instructors and officers. And listening.

Of course there are things regimental commanders do that lieutenants do not understand. But appreciate as years pass. And appreciate more when reflecting on those days and years.

Colonel Myers departed Parris Island a year before me to take command of Marine Barracks 8th & I.

We did not cross paths again until 2010 - at a Parris Island reunion.

He did not mention the blouse. As it turned out, he'd forgotten. Thankfully. But as I reminded him, it came back. It meant something to him for he told the story at our reunion dinner. The Marines laughed. So did I. 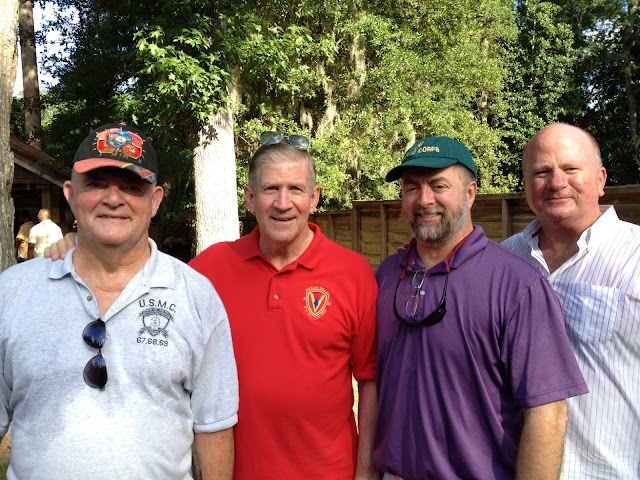 
Now both retired colonels, our relationship had changed.

He signed off "Don."

I always wrote "Colonel" or "Sir" - and signed off "Respectfully" - even when he insisted to the contrary.

He, a prolific writer, was a fan of this forum. Without fail, he'd pass the commentaries along. And often send an encouraging word.

And somewhere in the midst of all that, Colonel Tolleson - friends with Colonel Myers - reentered the picture. And so did General McMonagle. To this day, we exchange occasional notes. Both attended Colonel Myers' service.

First coming to mind is compassion - a core quality of any leader; especially so of Marines.

I could go on and on. 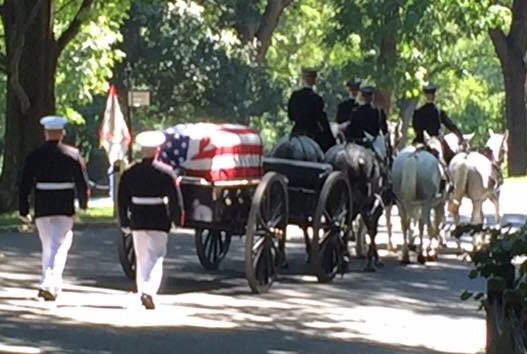 A retired Marine master sergeant wrote: Served under him at 8&I. Tough but fair. RIP, sir.

Exactly - tough but fair. That was Colonel Myers - in three words or less.

A few years ago Colonel Myers was on the last edits of a book he was writing about lessons learned leading Marines with a focus on his tenure as commanding officer of the recruit training regiment.

His perspective was unique - having been a recruit at Parris Island in the early 50s (living in an 8-man tent), leading Marines in the Fleet Marine Force as an NCO, graduating the Naval Academy, and returning to Parris Island 30 years later to command the regiment.

So, a life story just right for a book.

He asked a lot of Marines to review and offer comment - for some reason, I was included in that cohort.

Mere weeks before the book was going to print, he asked me and another Marine if we'd consider writing a Foreword.

Of course, Rob and I did.

And Colonel Myers did not change a single word.

I recommend his timeless book - not for the Foreword but for the wisdom of a great Marine. For Colonel Myers was the epitome of that which he wrote - Pride and Discipline. He loved being a Marine and it showed. 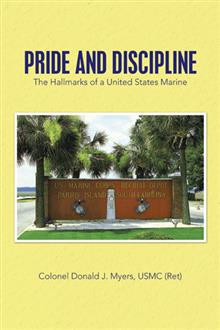 And the rest of us?

Colonel Myers came to the 2014 F Co Reunion. His intent was to be there this July past, too. Highest Authority had ordered otherwise. His wife and daughters came and we remembered the good colonel.

The second officer from the left is Col. Fred Tolleson, a good friend of mine and a great Marine officer. Served with him as an Advisor (Covan ) with the Vietnamese Marines in '70-'71.
Bob Martin

I am uncertain as to whom Mr. Martin refers. Colonel Fred Tolleson is not any of the photographs accompanying the commentary. The Marines are as identified in caption.

Don Myers was, I think, the OPS O for C" Company 2-67 at TBS and he scared the ever loving crap out of me. He had more energy than was believable and would pounce on beleaguered lieutenants with very direct commentary.

If you know General McMonagle you are an enormously fortunate man. I was his SJA at 1st Division and he and his lady, Carol, are two of my favorite people. The general is a great leader and needed no blustering to create incentive among his staff. All he had to say was that he was disappointed by the effort and you would feel like finding a short pier for a long walk.

Colonel Myers was the XO of the Recruit Training Regiment at Parris Island when I was a recruit in 1983. I saw him once in his Charlies...his awards amazed me, a private at the time. I was just looking through my old Recruit book today which brought back many memories. Hats off to the Colonel, an awesome and inspiring Marine Officer!

Colonel Myers was the CO of the Recruit Training Regiment - 1983-1985. He never was assigned as XO.