WHAT IS AN AMERICAN?

WHAT IS AN AMERICAN? 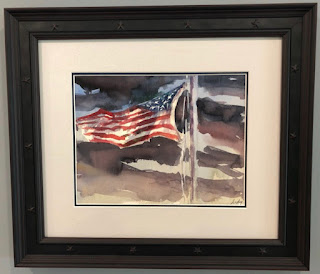 Made is an American.

Some born in the United States.

The Constitution - outlining the United States of America - aside from one other written work, is the most incredible assemblage of words ever conceived by humans; brilliant and beautifully generic while specific enough to endure, to prevail.

In God we trust.

In nine we entrust.

That people not born in the United States show up, legally and illegally, to be made (an) American proof.

What is this making?

It is simply complex.

To illustrate, one made American ...

The flag: Respect and reverence for the symbol of America; that many a life has been gifted to the living - brutal and bloody is freedom.

The Pledge of Allegiance: Recited aloud from an early age and every morning in grade school standing aside desk with right hand over heart and facing wall-mounted flag.

History of the United States: Lessons in founding; the Constitution; government; domestic and foreign policy; all things American - past, present, future; etc.

Oath of Office: Voluntarily, more than 41 years ago, before flag solemnly swore to support and defend the Constitution against all enemies foreign and domestic. Marine still.

Vote: Privilege not to be taken lightly nor for granted. Bottom line: Whom asking to be temporarily granted power by the represented will best carry out their oath of office - to support and defend the Constitution?

Made is an American - through teaching, learning, service, and duty - ever true to Constitution, to country.

And that takes character; courage - moral and physical - of extraordinary measures.

For the made American, character at times, running for President - of character, extraordinary courage, and holding deep respect for the Constitution and love of country.

That people, Americans, show up proof.