Every collectivist revolution rides in on a Trojan Horse of emergency. Herbert Hoover

A core tenet of warfare, consequently survival, is to recognize, correctly define, know (inside and out), and never underestimate your enemy(s).

An enemy, by default, is cunning; they, too, aim to survive.

President Trump is absolutely correct citing some media as hawking fake news and (unfounded) hate and being an enemy of the people.

But his oath of office, and mine in the company of many, has a simpler term for said 'enemy of the people': domestic enemy.

Now to not underestimate them, cunning or not.

A caravan, of flexing size and makeup, snakes its way towards our southern border.

That caravan is a foreign enemy.

The oath addresses them, too.

Note the infiltrators are in the wide open. Bold. Determined.

This a different day, they need not secret. They have their Trojan Horse - some "American" media.

This morning one American embed "reporter" aired a slanted minute or two; cunning.

Our wall is not built.

We need that wall!

But not just that wall of which President Trump speaks.

We need an "American DNA" wall.

We need an internal wall.

A wall comprised of the majority who have real skin in the American way of life.

A deep-seated appreciation for what America was founded upon and built on garnered through that unique recipe of self-sacrifice, hardship, teamwork, and accomplishment of something for the greater good of self and country without trophy. And realizing said perspective when young. 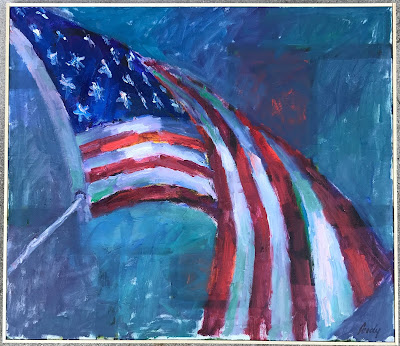 In this morning's news was mention President Trump has decided to stop automatic award of (American) citizenship to children of illegals born within our borders.

Never will I offer apology for being a caucasian American man. Never!

Never will I apologize for recognizing, correctly defining, knowing, and not underestimating America's enemies. Never!

Never will I renounce sworn oath to our Constitution; to support and defend against all enemies foreign and domestic. Never!

There's nothing tricky about it.

There's all sorts of ways to ensure national security.

But, when all else fails, belt-fed and indirect-fire weapons have proven history of deterring and defeating caravans AKA: invaders.