A learned blockhead is a greater blockhead than an ignorant one. Benjamin Franklin

ALERT! Rare for me but language - the four letter "s" word - necessary not gratuitous. STOP here, if offended. 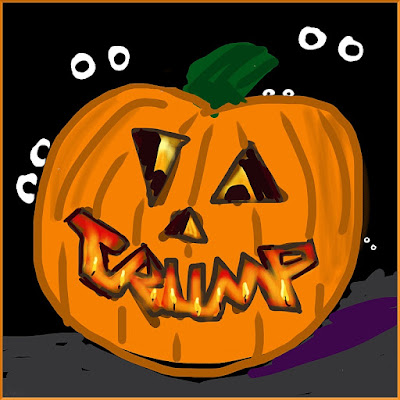 Upset are neighbors over a neighbor's pro Trump 2020 banner that sports the word "Bullshit"; as in, "No More."

Harmful to tender eyes of children, some whine.

Today's kids differ not from yesterday's kids but thanks to devices have surely seen and heard a lot worse shit and at a younger age.

So down goes the bullshit flag.

To somewhat appease, the word covered with the popular smiling lump of shit emoticon.

I've written in more than one recent commentary, and opined in comments on social media, the election is as simple as emotional versus rational voters.

Moments ago I heard the scholar and gentleman and rational Mark Levin say with conviction, "I can name 20 things right now President Trump has done to better America. Name one thing Biden has done in 47 years to better America?"

Blockhead Biden suffers cognitive impairment/Alzheimer's. Anyone that has spent time around someone so suffering sees it clearly - so he has alibi [that his lawyers will use defending him (and family) for selling out America to foreign businesses and governments].

Now, President Trump may do and say and tweet some crazy shit thereby putting him on the shit list of some but there's absolutely no denying he's been a rational, effective President bettering country and constellation.

Twenty is the shortlist.

Contrarily, Mr. Biden does and says crazy shit (tweeting is now beyond his capability) because his brain, quite frankly, has turned to shit. The term where I grew up - shit for brains (though that applied to all not just the mentally impaired). He cannot help being a blockhead.

But the irrational blockheads backing 'Build. Back. Better.' have no such alibi.

They're unmasked - dumber than bullshit, with or without emoticon, and boatloads of Chinese rubber dog shit.

Sorry, Sister Mary Ethel, synonym 'stool' has too many letters and  'biosolid' just does not work.

Trick or Treat is Tuesday.

And then the irrational shit storm hits.

Andy, how long have I been following your blog? I can't remember; however, this has to be one of the very best thus far. Holy Shit

I dare say those leftists offended by a bit of scatotogical vulgarity would also violently defend the "right" to snuff out the lives of the unborn.
America, home of the murderous insurrectionists.

You are right on. Unfortunately I cannot even talk to my grandchildren because they are brain washed into thinking capitalism is bad. Well, they have to live with it.