The excessive increase of anything causes a reaction in the opposite direction. Plato

Timing, as the saying goes, is everything.

America is not ready for the radical left's New Green Deal - a trillions of dollars agenda that would regress life in the States to God knows what - being jammed into the Democrat party platform.

But recent sentiments and signs indicate Americans - fans of sports but intolerant of poor sports - have had enough and a Newer Greener Deal could be a lesson in tough love.

First, a local memorial to five fallen law enforcement officers (county sheriff deputies) was desecrated during an evening of "protests."

A longtime friend and once neighbor now retired police officer posted two photographs of the red paint splattered tribute. Any other damage not visible.

He served with Investigator Mark Reid Tucker killed 12 February 2004 and was on scene then tasked to inform family.

A couple of these men black.

I did not know any of the fallen. But I know something about their character, sense of duty, and the innumerable sacrifices they and family gave in service to community.

For that, and more, the two photographs angered me, too.

Second, a photograph of basketball super star Larry Bird with a quote below attributed to him ...

"Back in my day the game had fundamentals and honored the commander-in-chief. Now its [sic] a bunch of radical fundamentalists who dishonor the flag and cross and only care about looking flashy. Just shut up and play the damn game."

Not confirmed but sure sounds like something Mr. Bird would believe and say.

Those memes and the nonsense going on with professional sports and falling fan enthusiasm made for a logical idea - The Newer Greener Deal.

Razed or repurposed matters not. But certainly there's better use for the real estate supporting the entire community than hosting those interested in watching anymore big kids play games.

As another cliche goes, "Two can play that game."

Sir Isaac Newton summed it up nicely, "For every action, there is an equal and opposite reaction."

The Green New Deal will drain the lifeblood out of American's wallets and pocketbooks.

The Newer Greener Deal will keep money in the wallets and pocketbooks of, as politicians patronizingly like to say, "hard working Americans."

1. I've not watched professional sports (save a baseball World Series game or PGA tournament while also reading or playing music) in more than 30 years. Realizing there's better things to do with time, energy, and money, a more enriched life led performing own interests not supporting others performing theirs.

2. Everything, everything, has a life cycle. Everything dies. Professional sports, a luxury not necessity, is opting for suicide.

Help them. Organize and get it done, fellow Americans - exercise freedom; power of vote and purse.

Patriotism runs deep in the majority of Americans.

And patriots do not play games.

Time to move on. 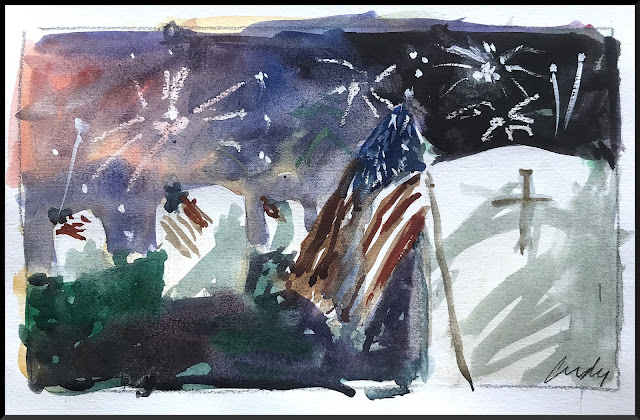 Post Script: Yesterday's 'Angry Reader' is back this morning with two comments in retort to 'Reply to an Angry Reader'. A slow learner, failing to conform to forum standards and rules, including hiding under the mask of anonymity, they'll not be posted nor acknowledged after this notice. Ah, the joys of offering public commentary.

I'm in. Have been for some time. Not a single penny of my income will ever go to the NFL, NBA, or any other professional sports organization. They join Starbucks, Nike, and a host of commercial organizations who desire to let me know what to think or what is "fashionable". Bubbye.

Have not bought a Time Magazine since 1990 when they published an article "Who Needs The Marines, months before the Gulf War. Never will again. Bubbye.

My wife and I have donated in excess of $1,000 to the World Wildlife Fund (WWF) over the years. In early summer their CEO endorsed the wonderful organization of Black Lives Matter. Three subsequent appeals for funding have been returned to the WWF suggesting they contact BLM for money. Bubbye.

Looking so forward to Election Day.

The current head of the Bureau of Land Management might consider contacting the owner of the Jacksonville Jaguars, Shad Khan. The "Jags" have been a losing team (in more than W/L record!)for years, and their stadium, practice facilities, and fan parking space occupy a lot of prime acreage along the north bank of the St. Johns River. Just imagine the good it could do if converted to a community garden. Hundreds, if not thousands, of pounds of food could be produced by those who need it, by putting in some "sweat equity" in planting/raising/harvesting their own food. Clearly a "win-win" for all concerned: Shad Khan gets rid of a failing investment, and the citizens of Jacksonville reap a bounty of "free" food for those most in need. Let's hear it for a "Newer Greener Deal!"