BUILD BACK BETTER BY BASEMENT BIDEN

BUILD BACK BETTER BY BASEMENT BIDEN

Like an unchecked cancer, hate corrodes the personality and eats away its vital unity. Hate destroys a man's sense of values and his objectivity. It causes him to describe the beautiful as ugly and the ugly as beautiful, and to confuse the true with the false and the false with the true. Martin Luther King, Jr.

Democrats are a curious lot.

How is that possible?

Fake polls be damned, he's failing; some 47 years in public service, form over substance, with nothing accomplished to obliterate.

What is it about leadership - being on top and out front - that escapes the Democrat mind?

Interestingly enough, and not surprising, the Democrat party seems to have now hit rock bottom; the expected outcome of behind and below "leadership."

Their convention, better labeled tantrum, last week a reflection of anger, frustration, no policy, no ideas, no candidate of President material, and no leadership.

So their strategy, in line with their ways since Election Day 2016, shallow; that of a child - baseless relentless emotional disparagement of the opponent.

Though looking for something, anything, to cheer about last week, nothing found. Not so much as a speck of glitter.

The overall tone, always set from the top, of the Biden/Harris ticket that of a dark, unfinished, musty basement.

And Biden's alibi of virus concerns but a lame excuse of convenience; no one fooled.

Leaders shoulder the same risks as those they expect to follow them.

Where has our sitting President not gone and what has he not done?

Yesterday kicked off the Republican convention.

And in these strange times of self-isolation, masking, and social distancing emerged a new template and standard for holding a convention.

The Republicans, with prominent Democrat allies, the antithesis of basement boarders; clever and upbeat - breath of fresh air - the atmosphere.

Catching bits and pieces during the day and seeing most of last evening's speakers, the takeaway an invigorating positive message for America; while sounding an alarm.

The tone set by the top.

Set by the man on top, the man out front.

President Trump, love or hate, knows nothing of behind nor below.

He leads - self-confident (sometimes over the top), original, imaginative and creative, marches to his own beat, and of utmost importance sees things get done.

With achievements deemed impossible by Democrats, whine and ridicule does not negate fact.

Build back better by basement Biden?

How that can possibly be done, from below cowering in a basement, escapes me.

Everything I have read, observed, been taught, taught, followed and practiced is about being out front, on top, visible, and first and foremost setting the example in thought, word, and deed.

That is, be exactly what you expect.

Otherwise, do not be surprised by what you will have to accept.

It's lonely at the top; whether leading three or 350 million.

As to President Trump, elements of his style I'd not practice. But that is his way. And clearly effective. How can anyone argue with a citizen who never having run for public office wins the Presidency? Pause a moment to consider all the traits and skills necessary to realize that mind-boggling achievement.

To that point, if America ever again puts a politician in our Oval Office shame on us and we deserve the inevitable mess imposed upon us.

Not a single achievement stands out. Not one. Regrettable. To the contrary, his name first conjures up a record of plagiarism, bigotry, and simply being wrong on many an important domestic and foreign topic.

I'd not follow Joe Biden, anywhere for any reason.

Clearly, he is mentally deteriorating.

Were truth told, following a lead out of his basement is reality.

An American, I watched, objectively, the Democrats each evening.

So, in the spirit of today's opening quote by Martin Luther King, Jr., set political loyalties aside for a few days and listen, objectively, to the Republican message.

Fairness is the American spirit.

Without balance, any argument is incomplete; behind and below.

Making an informed decision is being an adult. 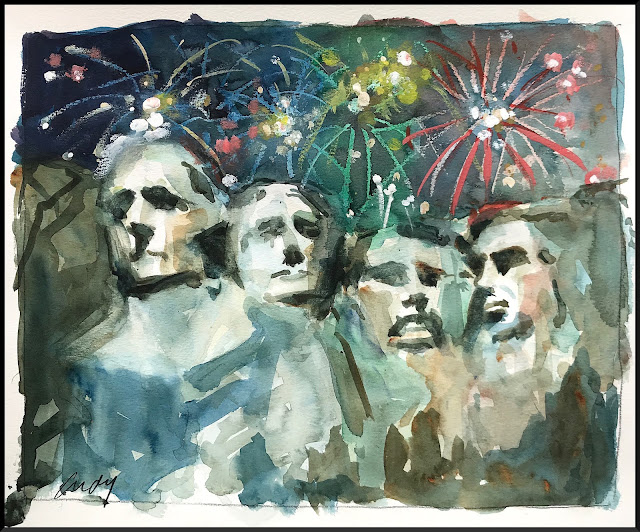 The Colonel and I seem to be the only two people in Christendom who remember the plagiarism
accusation against JBiden.
I read Peggy Noonan each Saturday as featured in the WSJ. Last Saturday she advanced an idea that I have held thru President Trump's tenure. She said,
(paraphrasing) "...democrats underestimate the number of people who dislike the Trump persona, but will vote for him because they fear what the other bunch will do."
I voted for him then because I believed there would have been nothing worse than a President Hillary. If President Trump offered me a Cabinet position, I wouldn't take it; if he asked me to lunch, I wouldn't go. I will vote for him again, and I laud his accomplishments.

Oh, people remember, Stan. Just a few days ago it was brought up that Biden glommed a few lines, almost word for word, from a Canadian politician running for PM back around 2011, for his dnc acceptance speech THIS year. He also repeated more than a few lines from his speech to the dnc ( for obama) back in 2008. Groping Joe probably doesn't remember or even know about the NEW plagiarism and recycling of his prior speech, but his "handlers" surely must. Their arrogance and disdain for the American people knows no bounds as they really thought that no one would catch on to their latest abominations. Imagine the state of the nation if the media reported things like this, and also the other criminal acts done hourly by the " DC Swamp Rats". Trump would be running unopposed this year.