Disgrace: n. loss of reputation or respect as the result of a dishonorable action; v. bring shame or discredit upon.


A handful of years over a decade ago, general courts-martial adjourned, a heart-broken mother told her young children dad could no longer be a Marine.

Marines decided the Marine, their brother, had brought disgrace - to self, to "Marine," to Corps.

Last week things Marine got heated when retired (senior) Marines opined in attack on our President, their Commander-in-Chief.

A retired Marine, as angry as me and many, wrote.

In open letter to James Mattis, the passionate words of Colonel Jim Bathurst, "Who do you think you are to speak out in such a disgraceful manner against a sitting President? Do you believe your rank entitles you to talk such trash?"

And, "By your recent actions and words, you've aligned yourself with the Hollywood trash who think anyone with half a brain would take anything they say with a grain of salt."

Other prominent Marines weighed in - with surprise and disgust and scolding akin to Colonel Bathurst's. 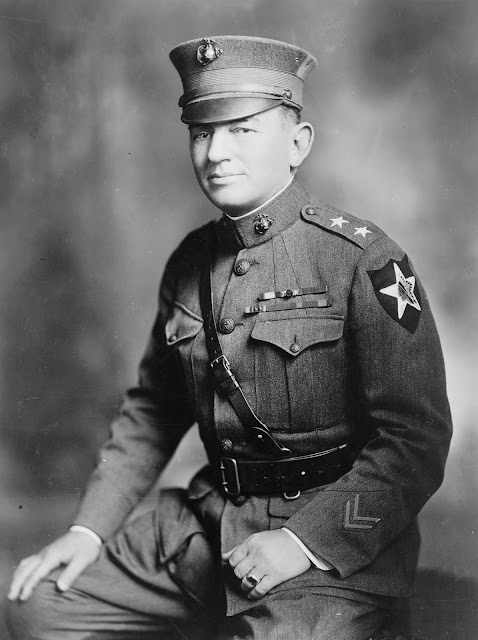 Major General John A. Lejeune, 13th Commandant, wrote in Marine Corps Order No. 47 (Series 1921) to be read annually on 10 November  - USMC Birthday, " ... the term "Marine" has come to signify all that is highest in military efficiency and soldierly virtue. ... This high name of distinction and soldierly repute we who are Marines today have received from those who preceded us in the corps."

Marines speak of General Lejeune, warrior and compassionate wise man, with reverence. Old Corps. A stalwart. A father figure. A camp along the North Carolina coast bears his name (proud to have served there in the 2nd Marine Division).

Sobering, ever-testing, duty it is every Marine shoulders - once earning the title "Marine" and honor of sporting the eagle, globe, and anchor - to not bring shame, to not disgrace.

So did (senior) retired Sailors, Soldiers, and Airmen, too. But they are not Marines.

Tempered talk of late is how best to address retired military seniors using their megaphone to disparage the President.

Some versed in law cite provision in the Uniform Code of Military Justice (UCMJ) that retirees, from a regular component of the Armed Forces entitled to pay, may be tried by courts-martial for offenses committed while in a retired status.

But what is the likelihood?

Is a military retiree, rank moot, forever stripped of freedom of speech; including attack on the Commander-in-Chief (per UCMJ)?

To those legal questions, and others germane, much discussion and disagreement.

Though there's much agreement amongst Marines about (our) brothers disgracing "Marine."

A thought, offered from another retired Marine from a discussion with a retired warrior, expounded ...

Report in the Service A uniform with sword to the Commander-in-Chief, via, Commanding Officer, Marine Barracks 8th & I, Washington, D. C.

During solemn Barracks field ceremony, remove emblems and rank insignia then, with vigor, bayonet buttons from blouse and break swords.

Out of sight, Adjutant, upon Commanding Officer's order, barks, "Sound off!"

The President's Own strikes up our National Anthem followed by Sousa's robust and spine-tingling 'Stars and Stripes Forever' and concludes with the Marines' Hymn.

Great piece! Retired flag officers can be outspoken about, and criticize, policy but should remain silent and abstain from criticism of a sitting Commander in Chief. They can be verbally supportive of a President but should remain silent if they take issue with a President on a personal level. Their silence is itself damning. Nothing needs to be said in a message of silence.

I recall after GEN Mattis published his book late last year, the usual suspects were shocked, shocked I tell you, that he made few comments on President Trump, but was very critical on former President Obama for withdrawing from Iraq too soon. He told one person after another, he would not comment on the current CinC. Apparently he has changed his mine on that.