AMERICA DOES NOT NEED FOUR MORE YEARS OF DONALD TRUMP


I bet after seeing us, George Washington would sue us for calling him 'father.'  Will Rogers

Today, America the beautiful is - as parody of the M&Ms ad of old went - a chocolate mess.

That probably does not qualify as pun. Neither is it meant to be derogatory nor funny.

The thought references a state, a condition; fouled up. If offended, wait a moment for thickness discussion.

Some (an important qualifier) blacks are angry.

Some violent, destructive, and uncivilized.

Some (an important qualifier) whites are angry.

Some violent, destructive, and uncivilized.

Too, there's some apologizing and begging forgiveness going on.

And then there's the gray matter of the sane majority - black and white; the temper of the rational - the civilized.

Though it's being smothered by the insane destruction of flags, statutes, monuments, iconic advertising images, and more.

Of the rioters, tolerance from leadership bewildering; disappointing and angering.

Amidst the ongoing violence and destruction of things America - evil - it's clear our President and Republican leadership is confused.

There is absolutely no conflict of interest in being civil and being ruthless.

In truth, ruthlessness is required to counter, to kill evil.

There's no shortage of written word on the mess - issue by issue; much venturing into complexity.

I've not the temperament nor tolerance nor time for exhaustive essays.

For my sense of humor being exhausted, fun meter pegged, and being an unapologetic purist intolerant of bullsh*t,

We have a serious and troubling disconnect between our Constitution and those sworn to its preservation.

America's skin problem is not one of tone but thickness. The childhood ditty, "Stick and stones break bones but words cannot hurt me," not perfect but germane. Thicker skin.

Aunt Jemima and Uncle Ben would be pissed being removed from packaging. Count Chocula, too. Idiocy.

America is under attack by domestic enemies holding elective office. Imagine where America could be today were Democrats Americans.

America must declare war on stupidity. Once a recessive gene it's now dominant and overwhelming our gene pool. Man is the only creature capable of extinction by way of stupidity, and we're fast-tracking.

Parents of rioters should be arrested and charged with dereliction of (parenting) duty and, in turn, infusing chaos into society. DNA for confirmation. Figure it out. And seize personal assets to cover cost of damages to public and private property. The nonsense will stop. And fast.

Retired military generals and admirals attacking the President on personal grounds, from only opinion, should be ordered to Active Duty, stand trial by courts-martial, and if found guilty then hanged or shot. Brutal? No. The stakes too big. [Note: Reading and learning more since publishing 'Disgracing Marine' earlier this week hardened my perspective.]

President Trump should order military force to take back downtown Seattle; intolerable nonsense. A Marine infantry battalion would restore order in a few hours at most [good training]. Most likely, the occupiers would wave white flags upon first sight.

Joe Biden is suffering dementia/Alzheimer's. Family knows it. Democrats know it. Anyone with time around someone so afflicted knows it. And any objective person knows it. His wife should be arrested and charged with elder abuse.

Polling fake. Polls fake. Media fake. All of them! All of it! Biden hides in a basement, cannot express an understandable thought, looks confused, and but a few folks show up at a "rally." Meanwhile, more than a million request tickets for a Trump rally in downtown Tulsa (tonight) in an arena seating some 20K, speeches are on point, powerful, delivered with confidence, and he's about country first - getting things done despite corrupt government and the Democrats with desperate hoaxes, impeachment, and bio attack.

If nothing else, we've learned our Oval Office is no place for a politician.

President Trump is perfect - however imperfect - for the time.

America does not need four more years of Donald Trump.

Remember, George Washington is still your daddy; history is history. 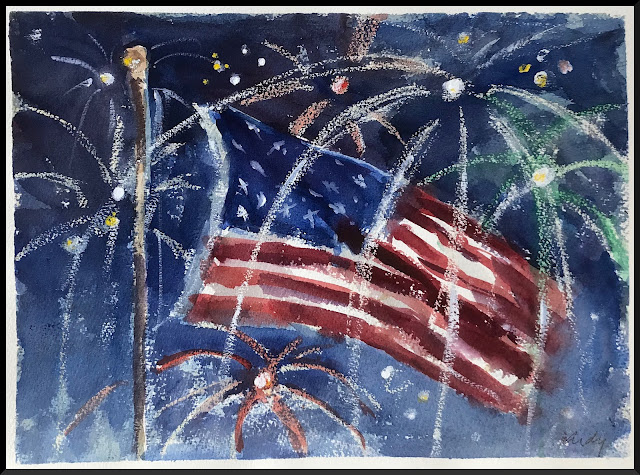 The subject line of the Blog scared me, but after reading to the end I couldn't agree more with the subject line...........Semper Fi Jim Snetz USMC 1957-60

Well said Andy! Completely agree with everyone of your comments. News organizations should be held legally accountable for the pure crap that they publish.