The best we can hope for concerning the people at-large is that they be properly armed. - Alexander Hamilton, The Federalist Papers


Last evening we, at the Orpheum - Omaha, Nebraska, and me in fitted stockings of Washington weave ... 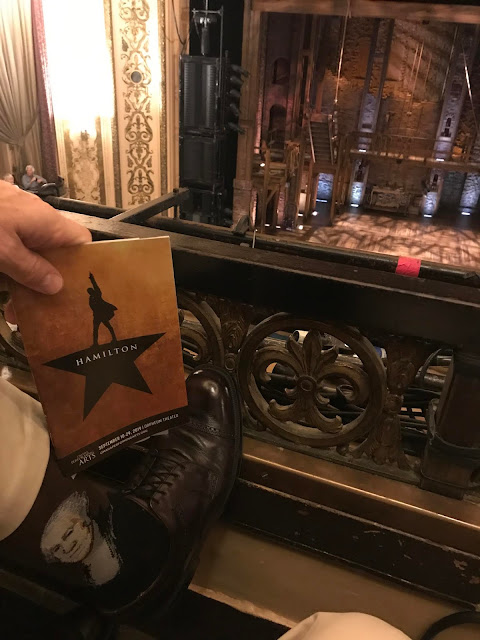 Grand Tier, commanding, seats - months in advance - for Franklins. And Grant, Jackson, and Jefferson, too.

Playbill official four Lincolns, not free; bit much though not to enslave thee.

Brilliant, determined, courageous men they who shaped America, saints not.

The king, by George, staged here and there.

Regal in robe with crown jewels aglow - witty lines, moves, and perfect sense of time - personable he damn near stole the fast-paced show.

A challenge to trump.

"- for Franklins. And Grant, Jackson, and Jefferson, too."