You can't do sketches enough. Sketch everything and keep your curiosity fresh. John Singer Sargent

Up at 0230 this morning one of the first bits of news noticed was 16 seniors on the U. S. Naval Academy football team will be Marines - 15 ground, 1 aviation.

They have but a good idea what awaits.

With more than 12 years retired to digest nearly three decades in uniform a pretty good sense of what awaits comes to mind.

A pretty good sense being significantly better than a good idea.

Last week there was freak occasion to visit with a Marine friend not seen for 15 years this month.

Our last encounter being aboard the Combat Center, 29 Palms, California.

Eagles adorned my collar in those days.

He was a rank junior and in command of an outfit aboard for training.

The now general was in from across the pond (yes, Royal Marine) for a short visit.

"What do Marine commanders in the defense typically offer senior Marines visiting their position?," I asked of a brother retired U. S. Marine late yesterday afternoon?

Without pause, "A fire plan sketch."

Though no perimeter proper on my shoulders to defend, under the spirit of a fire plan sketch a hasty one made (just prior to arrival) of what was going to be his overnight bivouac.

While reacquainting during a social that evening we talked about the important training, preparing for combat, 15 years ago.

And we talked about the American artist John Singer Sargent (1856-1925), longtime resident of London, and the extraordinary body of sketches and paintings he produced recording World War I.

Two mammoth paintings - Gassed (Imperial War Museum) and General Officers of World War I (National Portrait Gallery) - he had seen. And, of course, impressed. Too, he was familiar with the artist's war drawings and watercolors. 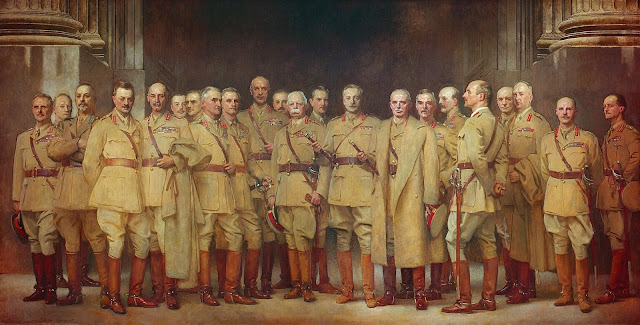 
A longtime (decades and decades) admirer of John Singer Sargent and quite familiar with his life and work, I mentioned to the General Mr. Sargent's naivety when first going to a combat zone to work - once remarking to a unit commander that of course fighting stopped on Sunday(s).

Not the case, of course.

And there is record of Mr. Sargent going about his work practically oblivious to the dangers about him.

I also mentioned Mr. Sargent's propensity for dashing off quick sketches for friends; oft times at impromptu gatherings and dinner parties (making no mention of the "fire plan" sketch).

And the next day, without opportunity to personally bid farewell, I employed intermediary to deliver the fire plan sketch - complemented with a short note highlighting that John Singer Sargent would have done this for a friend. 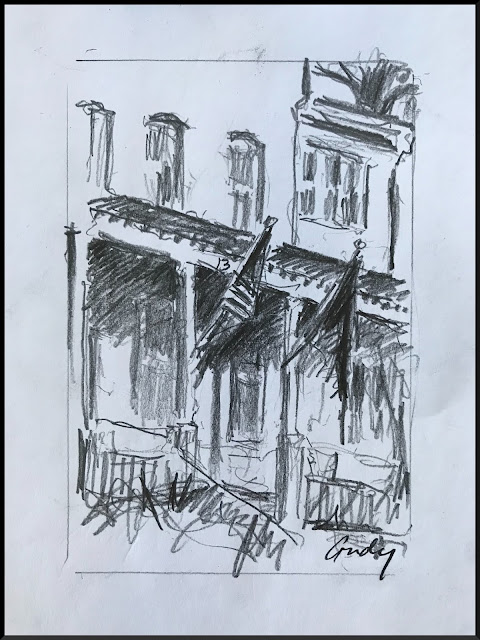 Marines, we, though ocean between, brothers.

But the fire plan sketch proper - Marine to Marine and artist to friend.

Those future Marine officers have but a good idea of what awaits.

In defense (and of art), fire plan sketches, however hasty, are important.