In Iowa, we take care of people. That's all I think I need to say. Steve King

The rolling countryside - mostly cornfields - of western Iowa is beautiful.

Homes old and new, barns and silos big and small, and modern machines pepper the landscape.

Small communities here and there.  Stop signs not lights.

So small there's no doubt everyone knows everyone. And they help one another. They take care of one another.

For whatever reason Georgey (as family called him), the second youngest of seven, chose to leave home and see the world.

He enlisted in the United States Navy.

It was the second Tuesday in August 78 years ago.

As Sailors before him and since, that day - lucky 13th - he swore oath to support and defend our Constitution against all enemies foreign and domestic.

Mechanically inclined and a student of diesel engineering, the Navy had just the training and job for him.

All perished. One less than three dozen positively identified (the other remains interred en masse).

Two weeks after the attack the Navy notified Fireman Ford's parents he was missing in action.

On Valentines Day, a Saturday in 1942, his status was officially amended to killed in action.

And Fireman Ford's remains were amongst those not identified.

His parents had not son to bury.

For his sacrifice, they received his Purple Heart (and other decorations).

April past, 102 years following birth, the remains of Fireman Second Class Ford were at long last identified; oh the wonders of science and technology.

Yesterday morning, with full military honors, Fireman Ford was laid to rest in the Merle Hay Memorial Cemetery in Glidden - a small community of less than 1,200 in Carroll County.

A Navy detail led by an admiral, an Army firing detail, the Merle Hay Post #386 of the American Legion, veterans, more than 50 family including a nephew namesake, friends, and caring Iowans gathered for long overdue formalities.

During the church service prior to interment the retired Navy chaplain open his homily citing President Roosevelt's post-attack words " ... a day that will live in infamy ... ".

Sitting in a back pew and tuned in to all going on between the flanks of stained glass windows in the modest church I wondered if President Roosevelt could have imagined that to this day America would still be identifying her Pearl Harbor dead?

Family present knew Georgey only through the pass down of history. That mattered not. Not known but by no means a stranger;  he was family. His homecoming a bittersweet celebration. There was grief. More so, there was an air of joy.

Graveside services traditional. Words in prayer from the chaplain. The admiral spoke for less than two minutes. The 21-gun salute. The flag draping the casket folded and presented to family.

The bold striking colors of flags and military uniforms, the crisp report of guns, and bugled Taps against the clear, wind-chilled Iowa landscape sobering.

All in attendance were thanked and welcomed back to the church for a home-cooked meal - buffet style. Easily 150 stomachs to fill.

We felt at home.

Then we retraced the route home to Omaha, slowing patiently on occasion behind a big tractor, with fuller heart. 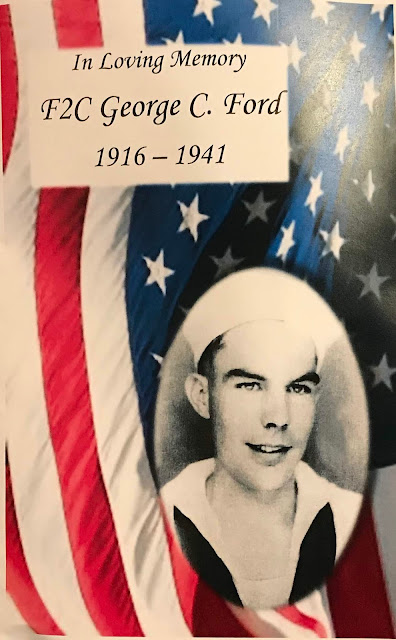 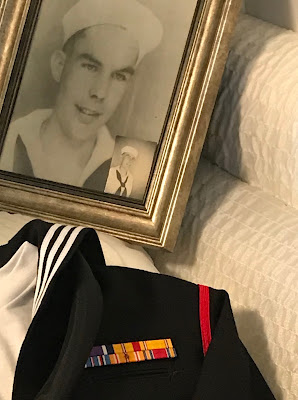 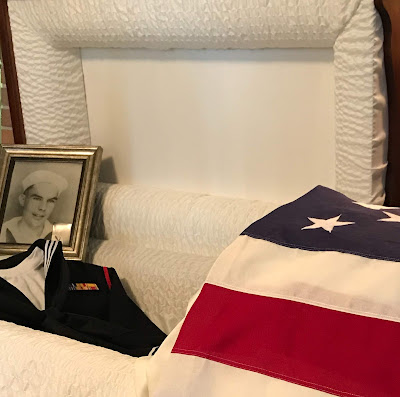 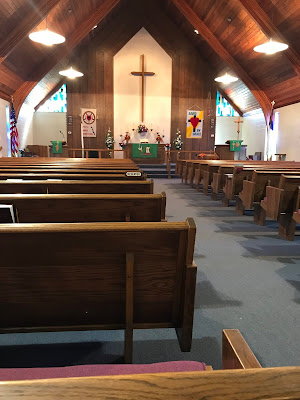 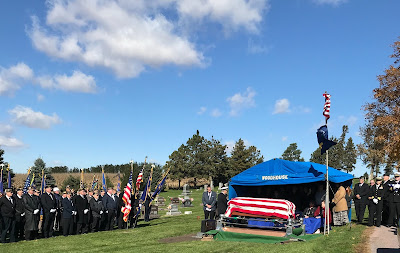 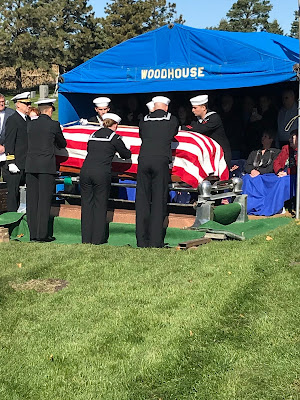 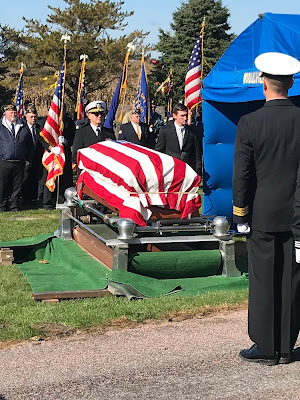 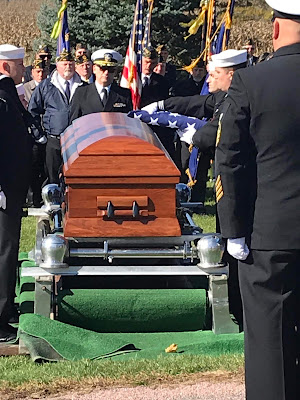 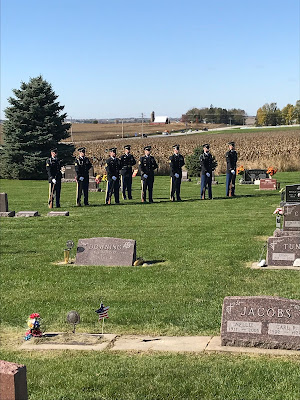 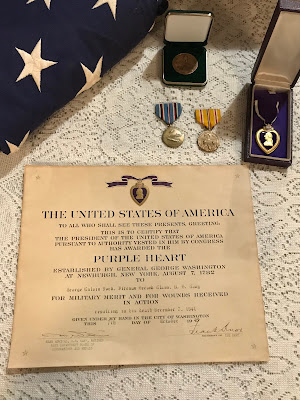